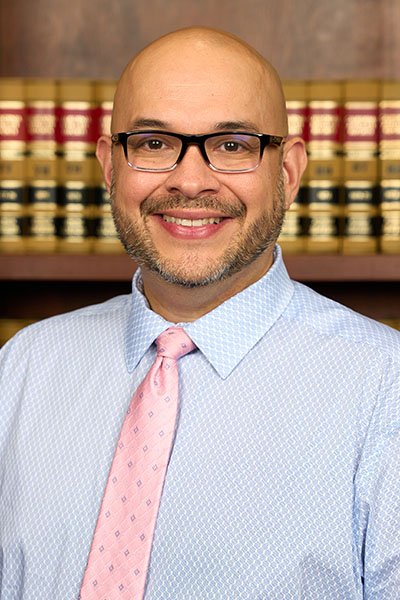 Guadalupe practiced workers’ compensation for over 17 years before joining Sacramento Workers’ Compensation Attorneys, P.C. He is originally from southern Californian Orange County. Guadalupe spent his first eight years of his career working in Southern California. one day one of his firms asked him to relocate to Sacramento to open an office on their behalf. Drawn in by the opportunity, Lupe moved up to Northern California in 2012 and has since become a prominent member of Sacramento’s legal community.

During his career as a defense attorney, Guadalupe became disillusioned with how employers and insurers abuse hurt workers, treating each case as merely a number instead of a living and breathing person. Furious with how callous defendants can be, he joined Sacramento Workers Compensation Attorneys, P.C., to advocate for all injured workers. Guadalupe now uses his legal skills and personal insight from his past defense practices to ensure his clients receive everything they’re entitled to.

Guadalupe has appeared at all but two of California’s Workers Compensation Appeals Board (WCAB) district offices. In addition to his WCAB appearances, Guadalupe also appeared at mediations under the “carve-out” programs allowed by the Labor Code. (Labor Code section 3201.5.) He has extensive knowledge of injuries sustained by construction workers, hospital workers, and restaurant workers.

Guadalupe is highly analytical and loves to argue, which are essential qualities for an attorney. Not surprisingly, Guadalupe has always wanted to be an attorney growing up. He majored in Sociology at the University of Cal Berkeley. He decided that studying society could give him background knowledge on why specific laws were created and why some laws are broken. After college, Guadalupe spent two years working as a legal assistant, which proved his passion for law and helped to reinforce his goal of becoming an attorney in the future. Guadalupe then attended Loyola Law School, where he graduated in 2003.

Guadalupe met his wife Kristina while working together in Santa Ana. Although Guadalupe later left the firm where they met, Kristina followed him when he left. Kristina and Guadalupe have been married together for over 11 years. They are proud dog parents of two, Boston Terriers named Bean and Boogie, who keep them extremely busy.

Lupe is a devoted gamer, having played every gaming console since the Atari. Guadalupe is also a huge fan of the NFL and the NBA. He often travels to Vegas in the summer to watch NBA’s Summer League.